to Desert Sales for their generous contribution to this web site!

Get Your 2022 CTLA Membership

The Longhorns are going to Frontier Days in Swift Current 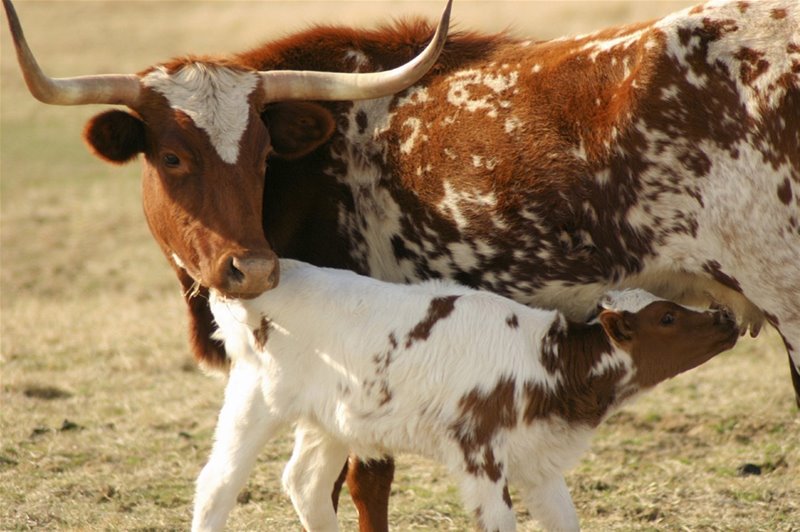 The Registered Texas Longhorn Show will be Friday July 1st at 2:00 PM

As the year ended, the CTLA had a very quiet one, but did have a great showing at Canadian Western Agribition the end of November.  Breeders from Alberta, Saskatchewan, and Manitoba were involved. A couple of new ventures for the breed at the show were that we were invited to be part of the Livestock Judging Competition and 41 youth evaluated a group of our current year bull calves. Gus Joyes and Deb Lesyk were invited to listen to, and evaluate all 41 oral presentations. It was an experience.

As we did have some haltered animals this year, our breed was also invited to participate in the All Breed challenges with yearling heifers and current year bulls. So many great comments about seeing the breed on halter again. It was nice to hear positive comments welcoming us back.

Our breed show was judged by Daryl Allemand of Shaunavon, Sask, and he was a late addition as our judge from Texas was unable to come into Canada.  Its’ been quite a year as there were very strict Covid guidelines at the show and it certainly decreased overall entries and the attendance.

Grand Champion Bull was Knights Blade owned by DS Cattle Company, Carman ,Manitoba, Daryl Swark.  The bull was sold to Pete and Leanne Hildebrand of Hanley, Sask. after the show.

We also had a yearling heifer jackpot that seven heifers entered, overall champion was Shaleighta 40, owned by the Double D and the reserve champion heifer was Bunny’s Mismatched 70, owned by Derek Overlid of Lloydminster, Sask.

One of the highlights for the breed was a new award presented by Agribition, the Herdsman Award, and it was presented to Gus Joyes prior to our departure from the show.

Thank you to our sponsors, our exhibitors, our judge, our announcer and to everyone who made this show happen during a difficult year.  Let’s hope 2022 is an even bigger and better show. 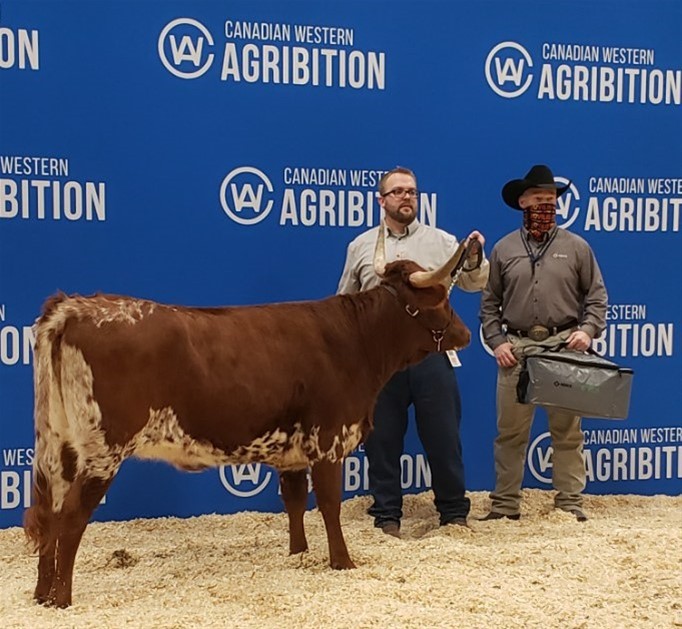 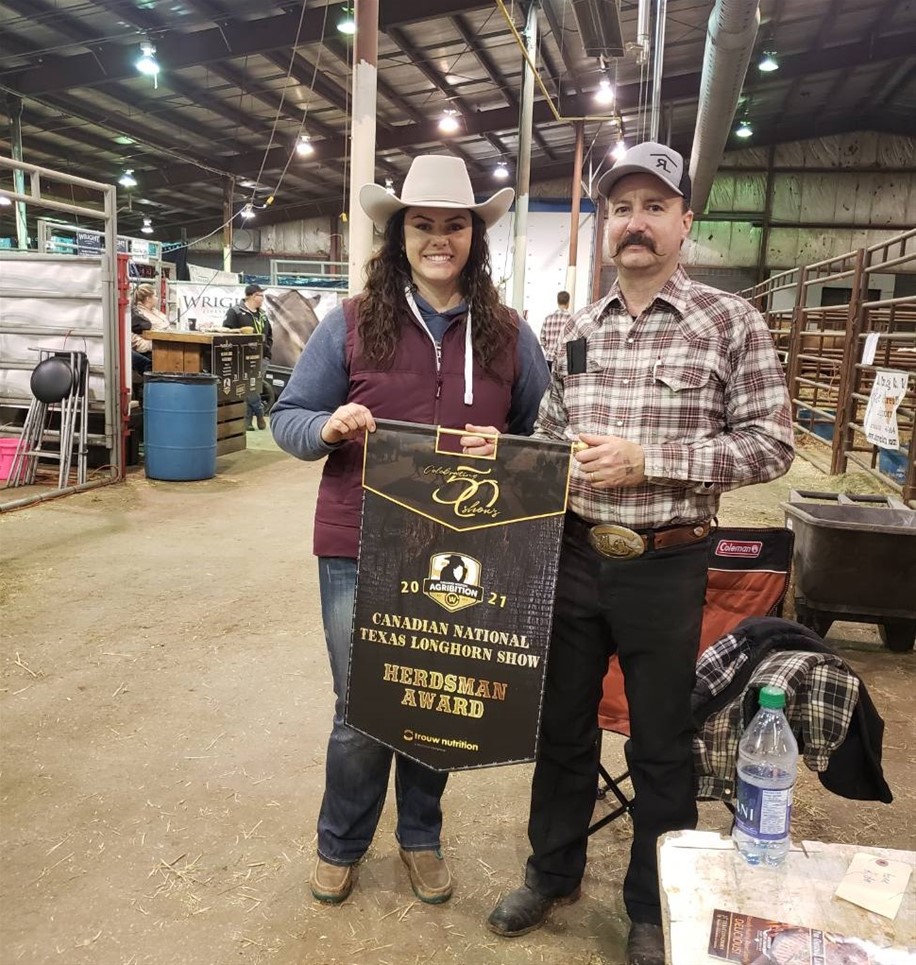 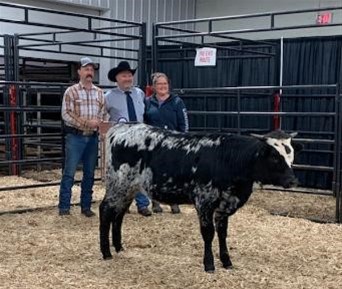 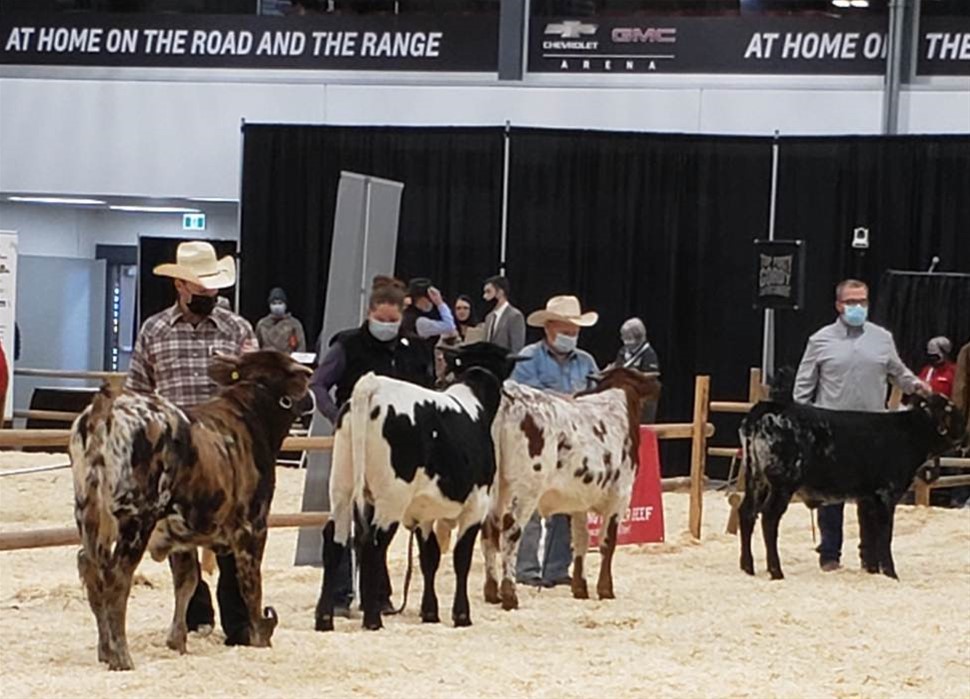 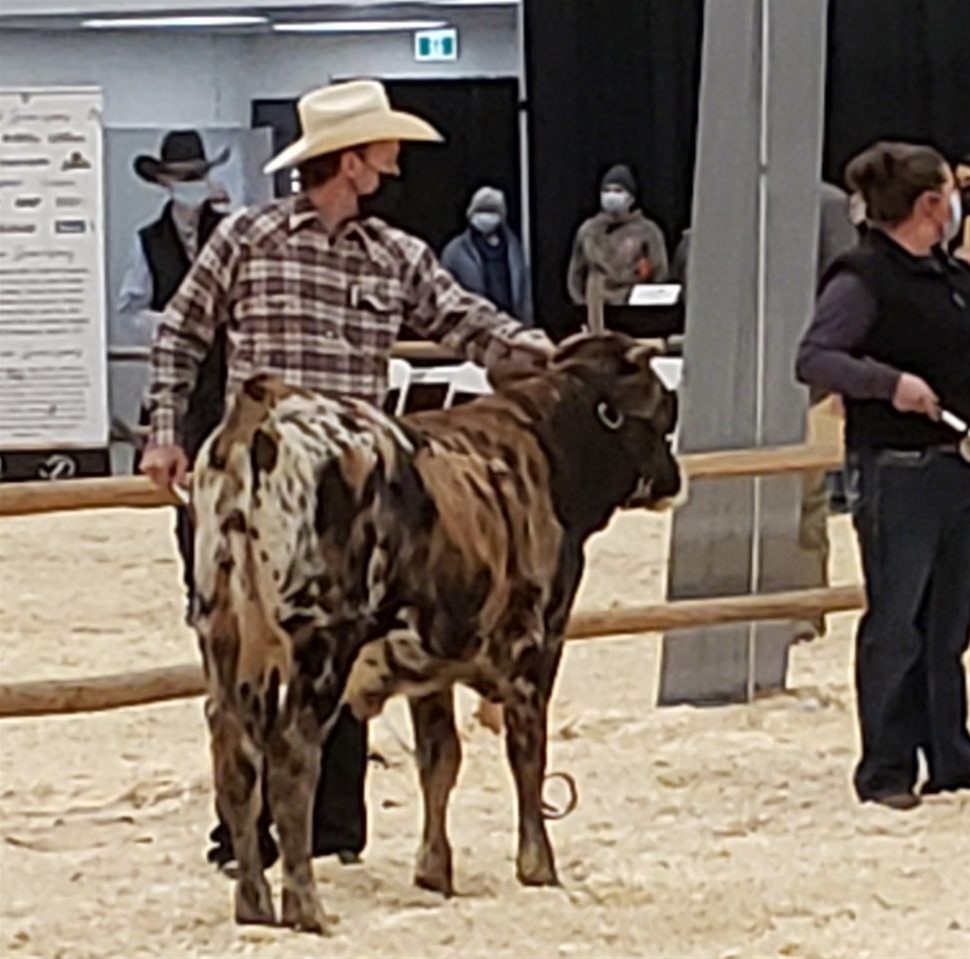 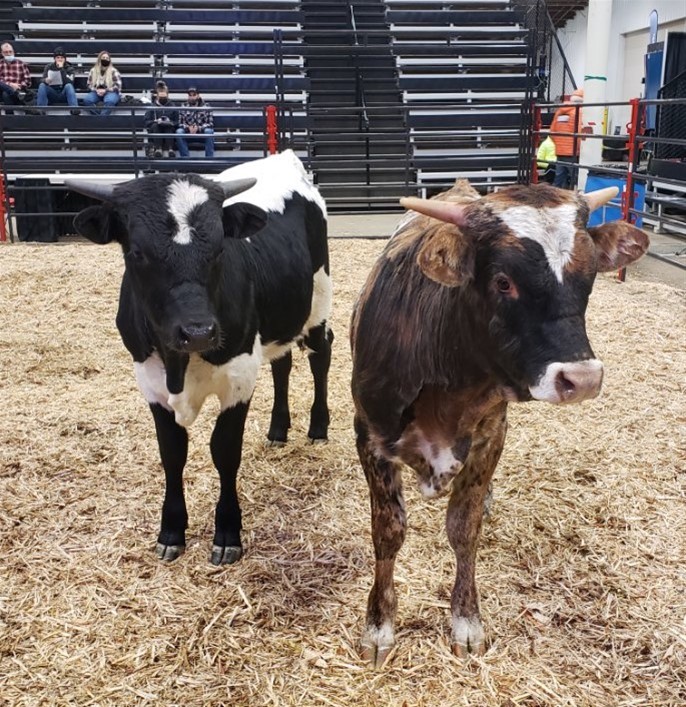 TLBAA Report from Rep for Region 1 & 2

Copyright © 2014 The Canadian Texas Longhorn Association
Back to top